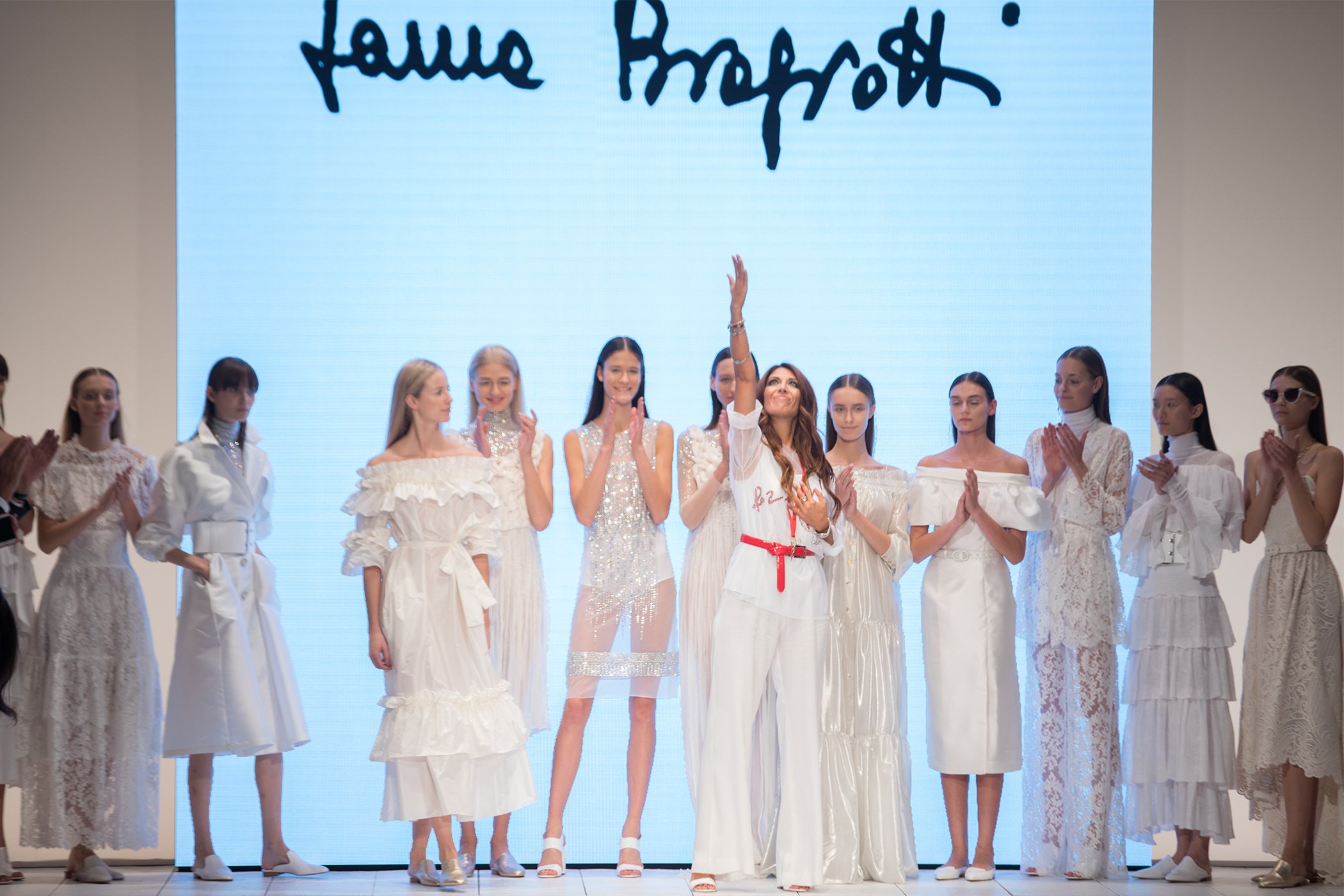 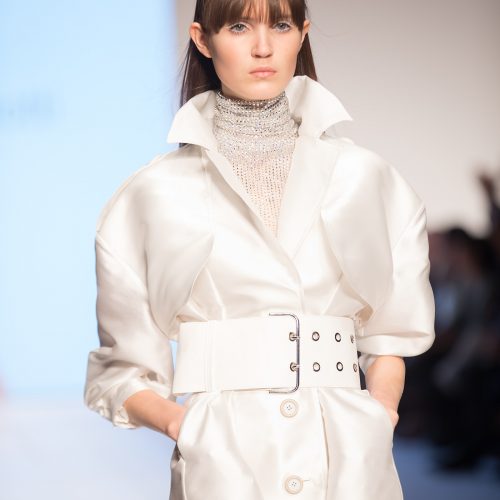 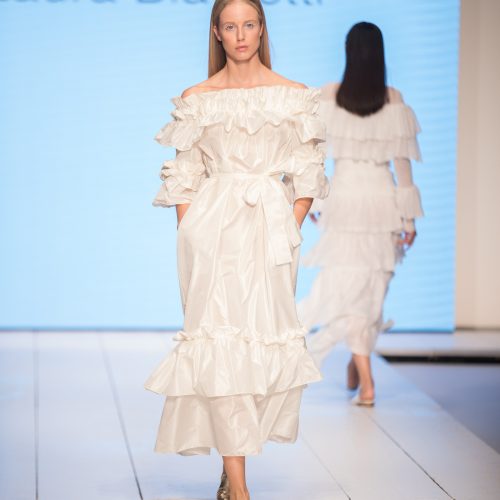 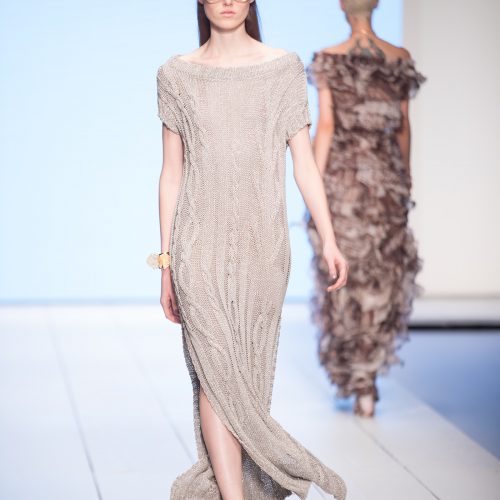 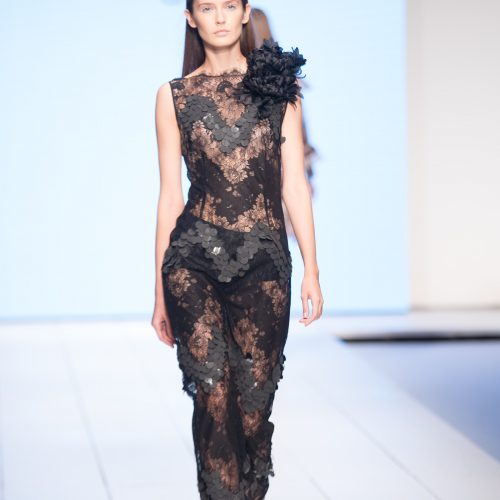 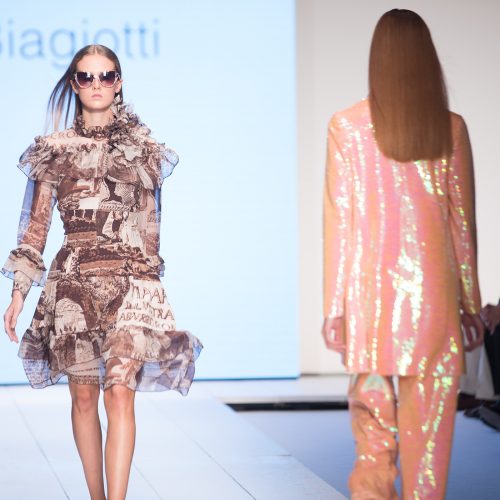 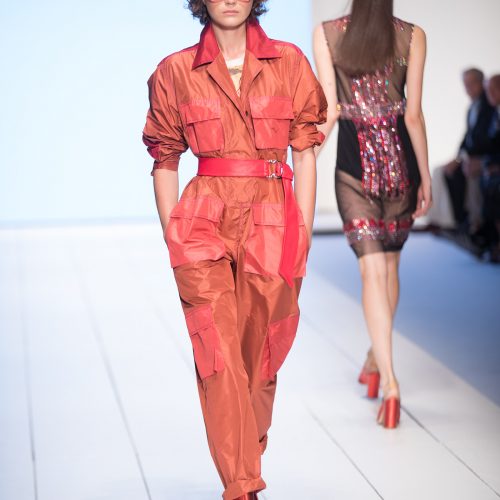 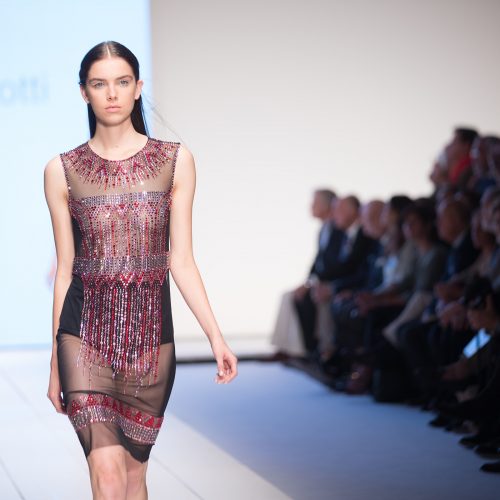 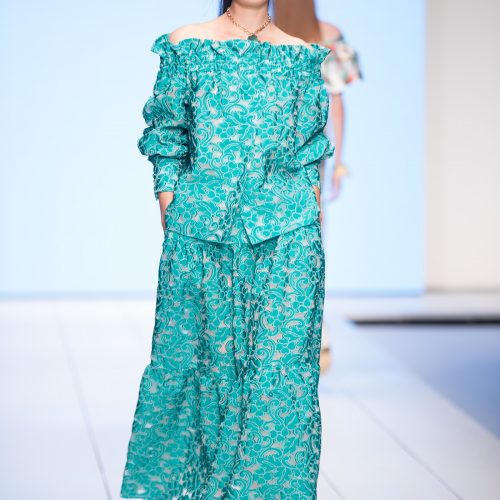 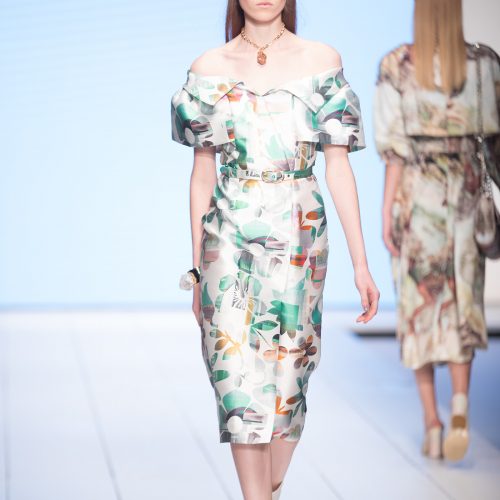 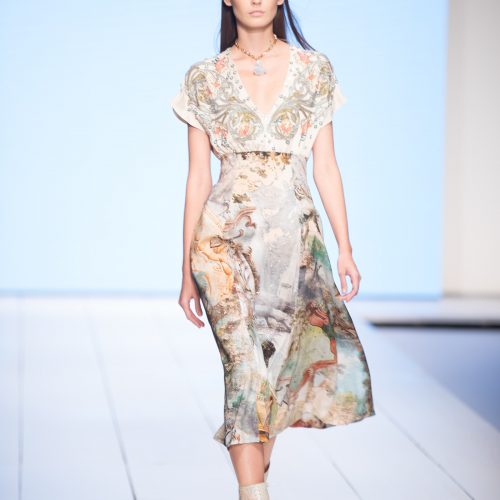 From the object to the project. The dress tells a story, it witnesses and evokes: feelings, dreams, memories, roots, future. Continuity and metamorphosis.
Forever Roma. The 2018 Spring/Summer Biagiotti collection takes us back to the GRAND TOUR; the Journey through Italy (superbly narrated by Goethe and other great authors) that the luckiest of youth used to embark on in order to broaden their cultural baggage. A journey, which was also for girls just as long as they were accompanied by their mother or by a providential unmarried aunt. All this is achieved through prints by Carlo Labruzzi, the great eighteenth century roman landscape painter (this year celebrates the two-hundredth anniversary since his death) whose collection is preserved in the Vatican.
On linen tunics, iconic “Bambola” dresses with frilled chiffons, structured suits with jackets and broad trousers, voluminous trench-coats and even on must-have t-shirts, we witness the appearance of prints and designs of the most suggestive venues of the Eternal City. Especially the via Appia: a sort of period “reportage”, which traces back to that real and metaphorical journey that is life; one, which sometimes needs to be exorcised, as suggested by the fantastic masks of the facades of roman churches and buildings.
Metallic flashes define the accessories: necklaces and bracelets have the same precious stones; onyx, quartzes, left unrefined and natural and which also appear on bags and sandals making them unique, collection objects. The lights of crystals from Swarovski brighten up the tulle, worn in layers charged with reflections. Biagiotti’s white tells the story of hyper-feminine, romantic and voluminous dresses.
Postcards. A dress to read. While the prints assemble and break down on silk, taffetas and chiffon like an ancient/current graphic novel, the traveler shows up with a postcard. Images, which tell the story of the evolution of eras and places: it may be the famous aviator, Amelia Mary Earhart known as Lady Lindy, woman of sport, courage, freedom and adventure, a legend, which disappeared in the Pacific in 1937. But also of the many anonymous, tormented goodbyes: ciao mamma… 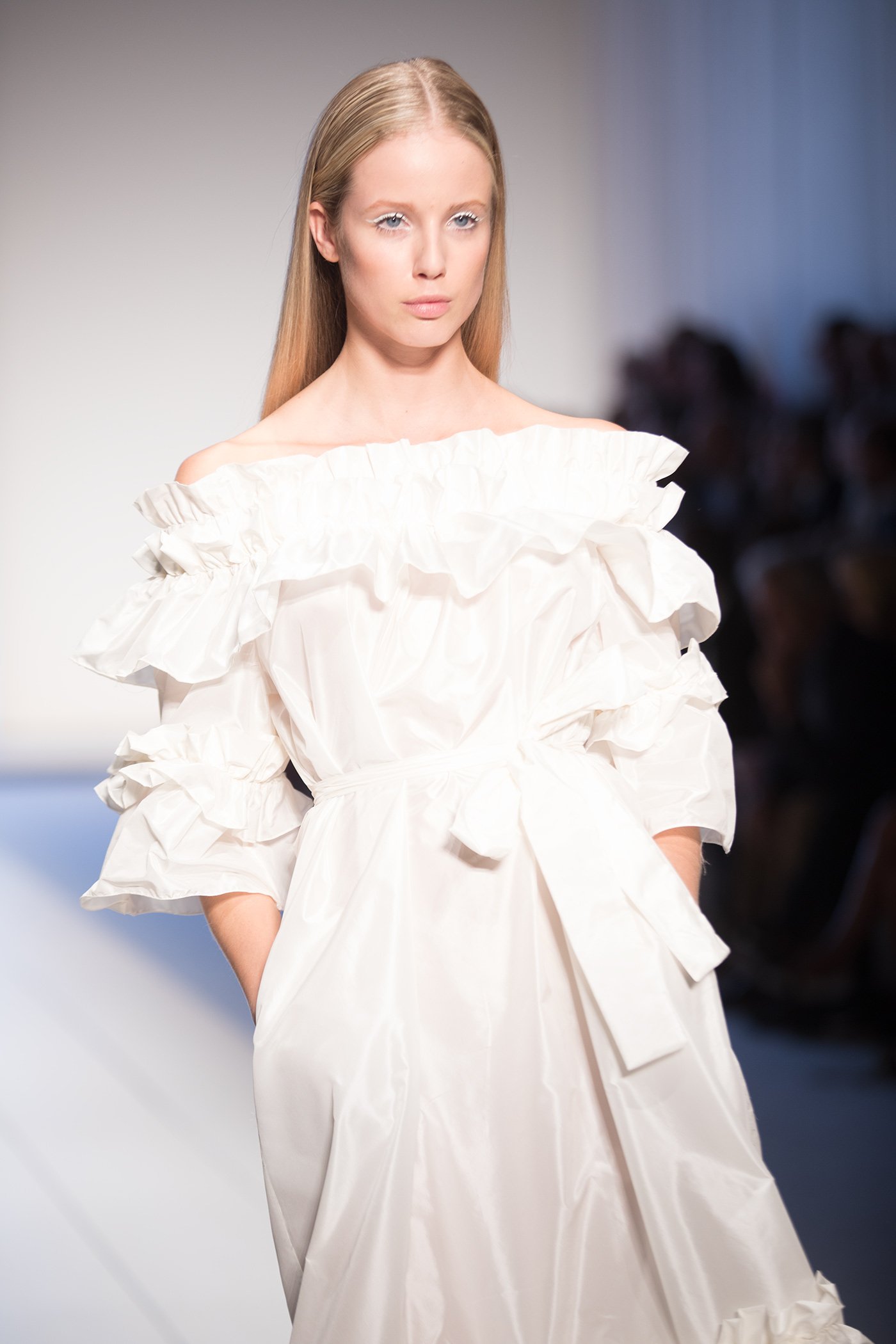 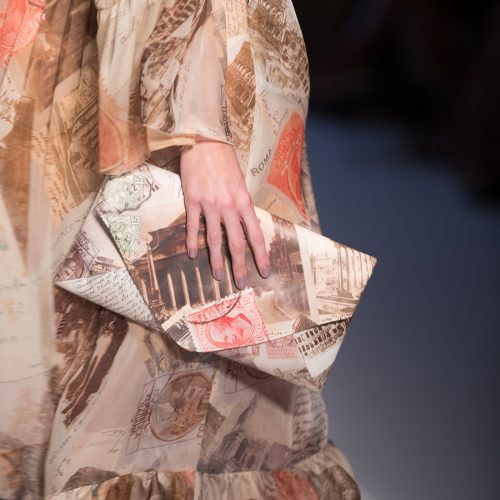 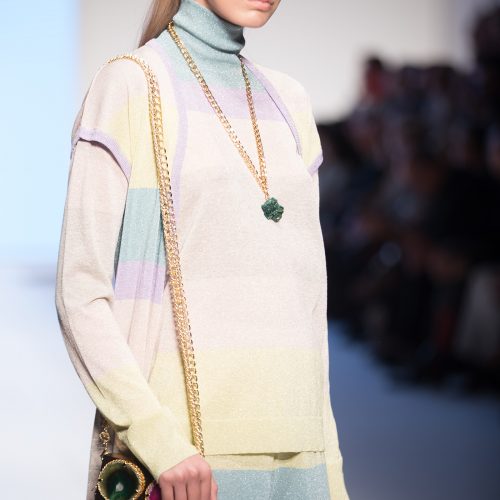 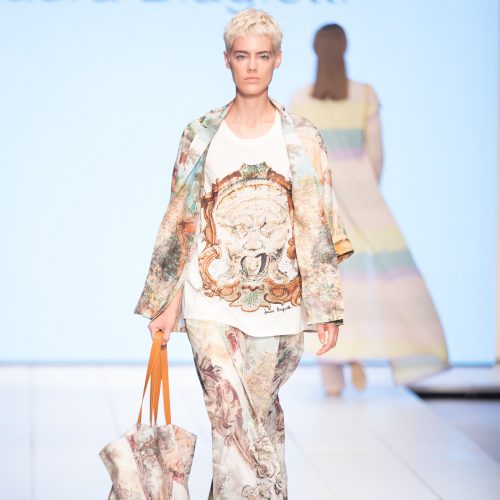 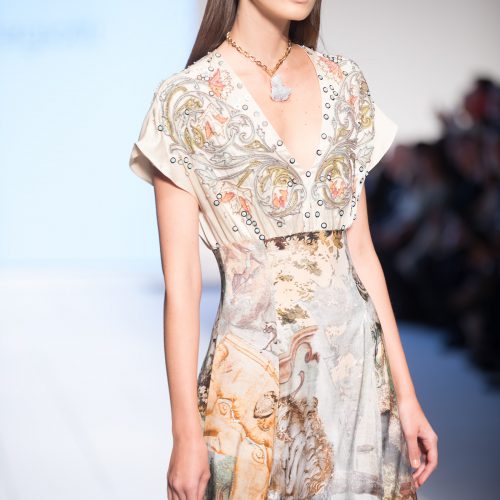 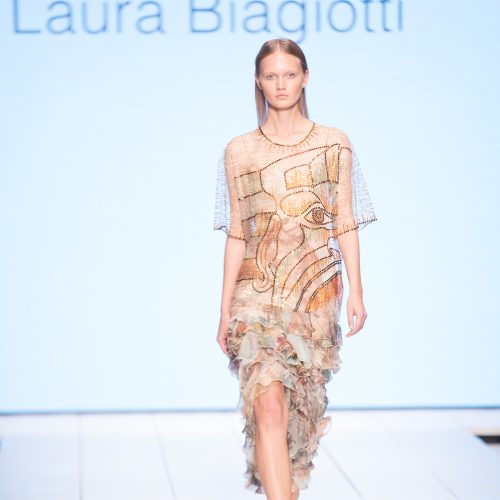 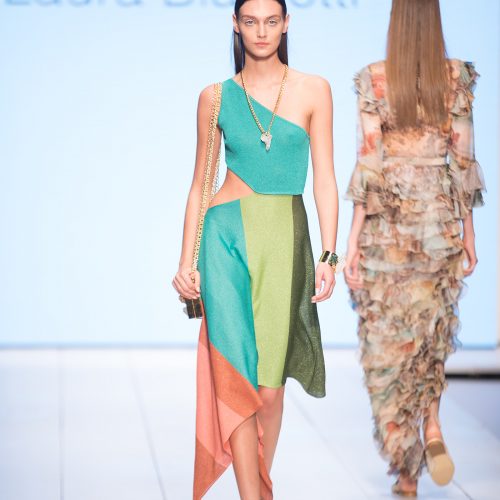 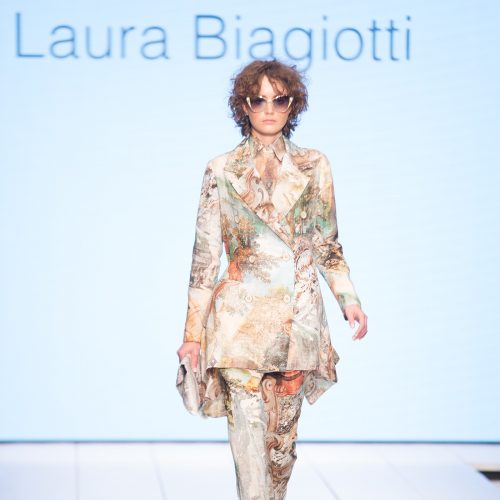 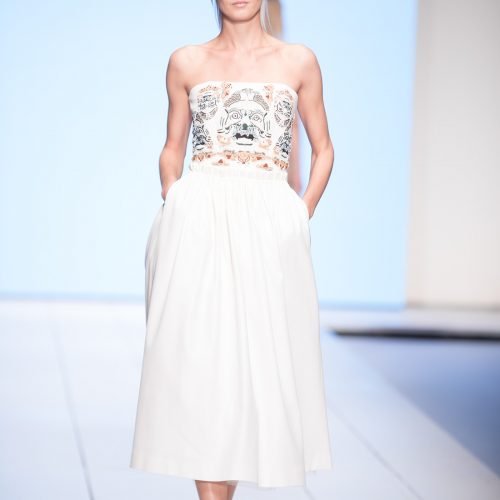 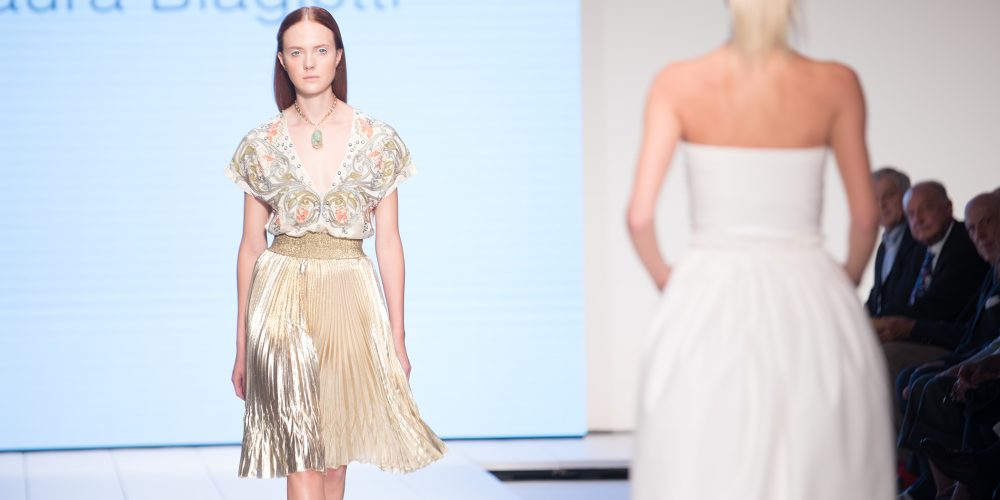